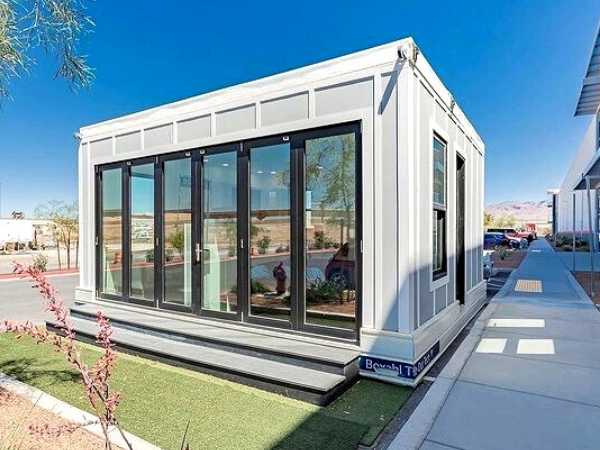 It's somewhat ironic that one of the hottest real estate markets in the country is also the source of a solution to the growing housing crisis. Despite quantum leaps in technology spanning every sector of industry, homebuilders in the 21st century are building new houses pretty much the same way they have for centuries; one at a time.  Most car factories like Ford or Tesla build approximately one car per minute. Isn't it time that level of speed and efficiency come to the homebuilding industry?

Boxabl's goal is to scale up production and one day make that a reality. The company is offering a better, sustainable, and cost-effective way to build everything from houses to commercial buildings. While most buildings are still built by hand, one at a time, Boxabl is certain their building system will disrupt "business as usual" through mass production. Their first foray into this space is called the Casita and demand is far exceeding all expectations.

Consumer demand for smaller living spaces is soaring. Case in point are backyard accessory dwelling units (ADUs) that are increasing in popularity in California and other places due first to burgeoning need followed by new laws that streamline the permitting process and allow construction in more places (Source). All told, Boxabl has already received interest from customers for Casitas that will far exceed the company's ability to supply product for the next several years.

SkilledUp Life is a UK-based two-sided marketplace for anyone, volunteers, to gain new experiences and build skills free of charge, and for bootstrapped tech startups, companies, to fill skills gaps in their teams with free talent ...read this interview here

Meredot is a Latvia-based mobility infrastructure startup that develops electric fueling stations to charge an e-scooter wirelessly and help cities thrive by resolving mobility issues and maximizing the benefits of micro-mobility ...read this interview here