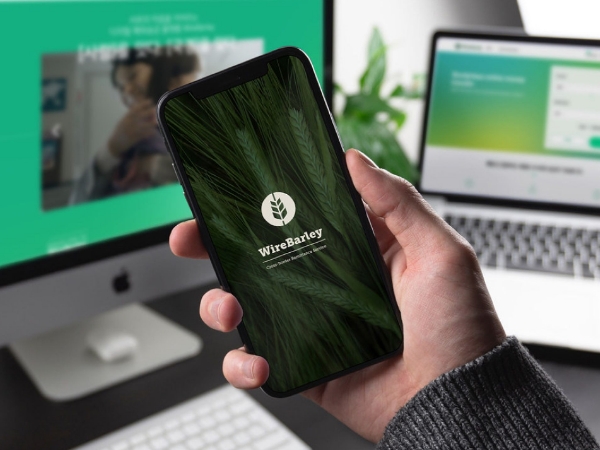 Joon-Hak Bae, Vice President of Magna Investment, who led the Series B funding said: "WireBarley has seen explosive growth and is on track to becoming a global fintech leader with its contactless financial services. Magna Investment has confidence in WireBarley's success."

With this investment, WireBarley will strengthen its global remittance service capabilities for individual customers and expand into the B2B field. In addition, regional expansion is on the way. Hong Kong will launch in October and more recipient countries including those in Europe and the Middle East will be added in the future. Furthermore, WireBarley will invest in developing and launching new products over the next few months such as the Multi-Currency Wallet services and additional banking services for North America.

WireBarley recently announced a bold move to accelerate its growth, a Zero-Fee policy for all 20 outbound corridors from South Korea as well as from the US to South Korea. Leveraging this, WireBarley rolled out its first-ever global brand marketing campaign featuring Lee Sun-Gyun, the famous South Korean actor from the movie "Parasite" who has gained global popularity, to strengthen the brand and drive business further. The overarching brand message is "easing the distance beyond borders and fees" to showcase that WireBarley is here to help our customers to support and connect with their loved ones regardless of the distance.

WireBarley provides fully contactless financial services via its mobile app and web platform. WireBarley is operating in 5 countries such as the US, Canada, Australia, South Korea, and New Zealand with 21 recipient countries and has established a strong global network with 80 remittance corridors with affordable fees, fast transfer speeds, and friendly customer service. WireBarley gained more than 400,000 app downloads and accumulated well over than $400 million in revenue to date. It is well on track to becoming a leader in global remittance in both the Asia-Pacific and North America.

Heroes AG is a Swiss startup that has tapped into the underdeveloped fan merchandising sector through distribution of modern and trendy lifestyle products. PJF Schmidt,Lucas Brosi, Marcus Luer and Urs Meier are the founders ...read this interview here

Jellow is an on-demand freelance startup that seeks to connect companies with freelancers directly eliminating the hustle  that comes with using intermediaries. Noel Wilson and Lars Evers are the founders ...read this interview here